Job Seeker Turns a Setback into a Comeback

Job seeker Josh L. came to Michigan Works! in March 2018 looking for a fresh start. He had significant barriers affecting his ability to secure and retain stable employment. At twenty-three years old, Josh knew he wanted to make a big change in his life, but realized he needed a little guidance and possibly some financial assistance.

Meeting eligibility for enrollment with the Young Professionals in Warren, Josh’s initial interest was in the skilled trades. He completed the steps required for a bricklayer pre-apprenticeship and began patiently waiting to hear from their admissions team.

In the meantime, he worked closely with the career development facilitator, and together they identified truck driving as a potential career pathway and investigated training providers. Just as things were starting to fall into place, Josh hit another setback. When he went to the Secretary of State to apply for his permit to begin training, he learned that his driver’s license was suspended for six months. However, Josh was determined to proceed even if he had to wait longer.

The opportunity for the pre-apprenticeship was eventually offered, but Josh felt the CDL-A training was a better option for him.

Finally, Josh was able to complete the training with tuition assistance from the Workforce Innovation and Opportunity Act. However, along came another setback when Josh did not pass the road test on the first attempt. After carefully thinking it through, Josh felt that he needed more training and continued with 40 additional hours.

Earning his CDL-A, Josh was excited that he quickly found a truck driving job. He utilized the Young Professionals’ support services to acquire the required GPS and steel-toe boots needed to start work. Josh’s career as a truck driver started off well and after a few months, he was able to save enough money to purchase a car. However, after being employed with the company, Josh no longer agreed with the company’s business practices and decided to part ways with them. He reached back out to the Young Professionals’ Placement team and was soon hired as a CDL-B driver before finding another CDL-A job.

Josh has now been driving for 2 years, currently earning over $20 an hour. Josh’s message to other young adults is to “Do yourself a favor and get involved as I did. The staff at the Michigan Works! Young Professionals’ Program changed my entire life. Without them, I do not know where I would be today.” Throughout Josh’s journey there were many setbacks, but each time that an obstacle presented itself, Josh made an even bigger, better comeback! 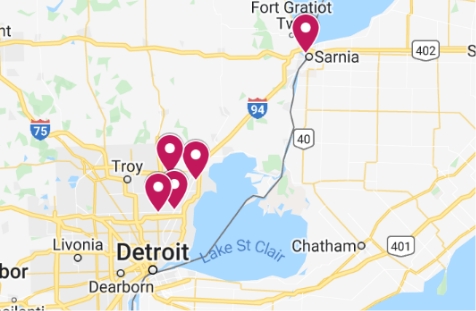 Michigan Works! Macomb/St. Clair is an equal opportunity employer/program. Supported in part by state and/or federal funds. A proud partner of the American Job Center network. Auxiliary aids and services are available upon request to individuals with disabilities. TTY #711.